Everything You Wanted to Know About Publishing a Picture Book (But Didn’t Know Who to Ask): part 1 of 4

So I recently published my first picture book, Fay Fairy’s Very BIG Problem, and I learned a few things (or to put it another way, I ran into a few big problems myself and was able to find out how to fix them). 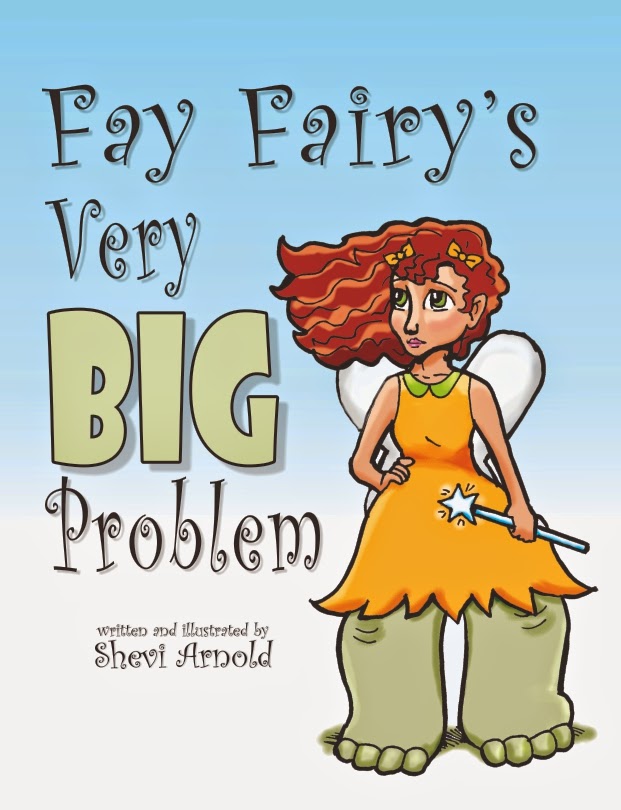 I figured it would be a good idea to put together a series of articles about the experience, since it doesn't seem anyone else has really done that. There are a million and one blog posts about how to indie publish in general, but when it comes to publishing picture books, the information seems to be scattered in little answers to little questions all over the 'Net. This post will hopefully help me get it right from the start next time, and hopefully it will also help anyone else interested in indie publishing a picture book avoid some of the problems I ran into.

First, why would you want to publish a picture book?

There are so many good reasons not to publish a picture book. Picture books are the most expensive books to create, because full-color books cost more to print (and most picture books have to be full color). If you’re not an illustrator, hiring a good one should cost you minimally a hundred dollars per page. Minimally. Per page. It can cost a lot more than that for good art, and you want good art. There are just too many picture books out there with bad art, and no one needs that.

So if you're thinking of publishing a picture book because you think they're easy to write and you can get your six-year-old to supply the illustrations, well . . .

I'm not saying you shouldn't, but don't do it thinking you're going to sell a thousand or even ten copies. Do it because it sounds like a fun family project. Otherwise, don’t do it unless you’re an illustrator yourself.

Okay, so let’s say you're a writer-illustrator, like me. I was an editorial cartoonist, a newspaper illustrator, a layout artist, an arts-and-entertainment writer, and even a consumer columnist. Of course, you don’t have to have been all of that. You just have to have some talent in writing and especially illustrating, and you have to enjoy putting words together with illustrations. Illustrations are more important to a picture book than writing, because you there are lots of picture books that don’t have words or that have very few words; but there’s no such thing as a picture book without illustrations or some sort. Let’s say you're going at this with a realistic understanding of the rewards. You know you're not going to sell a lot of copies. Sure, it might happen, but that's not your expectation or your goal. You know your book will be competing against The Cat in the Hat, and Winnie the Pooh, and whoever Disney’s latest princess is for a book buyer’s dollars. And you can’t expect to win against that sort of competition.

So why are we doing this?

We're doing this because professional picture-book writers and illustrators know that the real money that’s to be made in picture books doesn't come from selling copies of books; it comes from paid school and library visits. Professional picture-book writers and illustrators also know that one leads to the other. Do a reading at a library, and chances are that some of the parents will be interested in buying copies of your book. Yes, there are author visits in middle schools, and sometimes even in high schools, but it’s generally easier to get gigs like this with picture books. It's also fun.

That was my reason for deciding to publish a picture book after having published four novels for kids, teens, and adults who like books for kids and teens. I wanted something for a younger age group; I wanted something for library visits, school visits, and parents with small children at street fairs. And I understand I’m still not finished, because during the last street fair I participated in, I met some kids and parents who were looking for early chapter books, the kind of thing suitable for third grade. I actually have one of those I started to work on, Gloria Turkey: Biggest Bird on Broadway, a funny tall tale about the creation of the first Macy’s Thanksgiving Day Parade. It’s on the backburner (along with several other books), because it will require a hundred or so more illustrations than I've already put into it (about 50 or 60). But at least I've now expanded my potential audience with my first picture book.

Getting back on topic, let’s say you have what it takes to make a picture book, and you’re going into this with reasonable expectations. Since youve decided to go it on your own, the first thing you’re going to want to do is find a service that will print and distribute your books. 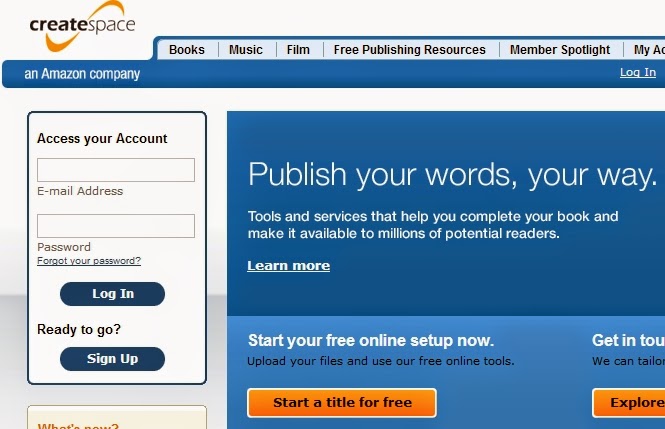 “Easier,” however, doesn't mean trouble-free, hence the problems I ran into and the need for this series.

Okay, so now you know the why, who, and where. The next article in this series will deal with the most important question: how? The next article will be all about writing a picture book for publication. Don’t miss it!

Thanks for covering this topic, Shevi.

I'm going to link to it on the SCBWI/Verla Kay Blueboard. I moderate the Self-Publishing forum and some people have asked for information on this subject.

Nice article- and looking forward to the rest. I'll post this on our kidlit resource website www.kidlit411.com.

This is a great series of blog posts, Shevi. I'm in the middle of formatting my own illustrated kids' book on Createspace, and encountering similar hurdles - your blogs are unbelievably useful - cheers!

I paid an author/illustrator to have my picture book published through Createspace. I am delighted if I could learn it myself. Thanks for sharing.

You're welcome, Alicia! I hope this series helped.

I'm in the process of writing a picture book (I am not a professional writer--I have another profession) and stumbling upon your blog has been a godsend! Thank you for writing this--it's immensely helpful.