Response to a Traditionally Published Writer Regarding eBooks 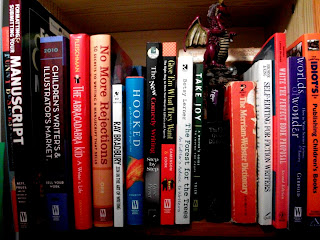 Of course it differs from one writer to the next, and you certainly shouldn’t move to ePublishing only if you’re already traditionally published and earning a living from your traditionally published work. However, I have noticed there’s a reason why your ebooks aren’t selling as well as they could be, a reason that you’ve apparently overlooked and that can be easily remedied.

However, if you’ve been in this game as long as I have, you know the vetting process isn’t perfect. Christopher Moore—my favorite writer—supposedly sent out a hundred query letters to agents and received nothing but rejections. He only got an agent through a connection in show business. The writer of the Pulitzer Prize winning A Confederacy of Dunces committed suicide because he couldn’t get that book published while he was still alive. Great writers are looked over by agents and traditional publishers all the time. In fact, it’s the norm. And we’ve all seen terrible writers who have somehow managed to get their books traditionally published. (Of course, it doesn’t hurt to have your own reality TV show, like Snooki on Jersey Shore.) Luck plays a huge part in the traditional publishing game—more than talent, hard work, or anything else. In Self-publishing, however, luck only plays the smallest role. Success is determined by talent, writing the kind of book people want to read, marketing it well,  and learning from those who have successfully epubbed their own books, like Amanda Hocking, J.A. Konrath, and John Locke.

As for why you personally would have a 66% drop in earnings if you decided to only epublish your books, I checked out your books on Kindle and discovered that you’ve priced them out of the market. A book you sell on Kindle for $7.99 can also be bought on Amazon used in hardcover for $.01 plus $3.99 for shipping for a total of $4.00. It doesn’t take a genius to realize people aren’t going to pay twice as much for the Kindle edition as the hardcover. If you reprice your books on Kindle so that they’re less than $4.00 ($2.99 is the price recommended by both J.A. Konrath and Amazon), you should see a significant rise in your sale of books on Kindle. Keep in mind that you don’t earn a dime on the used copies of your physical books that Amazon is selling, but you could be making $2 for every Kindle edition priced at $2.99 that you've epublished yourself.
Posted by Shevi at 11:22 AM 3 comments

Ebook bestseller Amanda Hocking credits reviews from book bloggers for her successs. To find them, use the Google book-bloggers search engine. Type in the genre, and you'll get a list of people who review books in that genre.
http://www.google.com/cse?cx=017997935591651423304%3A5fpbgt6-tou&ie=UTF-8&q=fantasy&hl=en

Once you have your list, email the reviewers with Smashwords coupons for free copies of your book: http://www.smashwords.com/press/release/4
Posted by Shevi at 12:31 PM 0 comments