"Being a geeky gamer person myself I totally fell in love with this book."

"Everything came together and fit perfectly into this amazingly written gem of a book. Highly recommend..."~Krystal's Enchanting Reads: {Review} Why My Love Life Sucks by Shevi Arnold

Click the link to check out the rest of this fantastic review. Thanks, so much, Krystal Willingham! 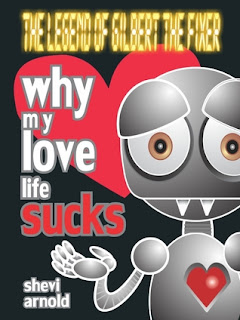 "May I add on how much I love the cover? It is freaking fantastic! A robo-vamp? A play on words type title? EEEPPP!! Shevi, you have a new fan on your hands." ~Moka from Words Create Scenes

Check out the rest of it here: Words Create Scenes: Why My Love Life Sucks by Shevi Arnold
Posted by Shevi at 5:23 AM 0 comments

"Why My Love Life Sucks is a book that from the very beginning, is engaging and enjoyable..."

"Why My Love Life Sucks is a book that from the very beginning, is engaging and enjoyable. Gilbert is so very likeable and what he has to go through is at times funny and touching.  Shevi Arnold wrote a great book!" ~ Coffee and a Book Anytime

Yes, I did write a book specifically for geeks like us. We are all Gilbert in my book, and that makes us all geeking awesome. Thanks for noticing. You rock!

You can check out the rest of this review by clicking here.
Posted by Shevi at 5:07 AM 1 comments

"I am definitely adding Shevi to my list of authors to watch."

Check out the rest of this fantastic review by clicking here.
Posted by Shevi at 4:48 AM 0 comments

Another Geeking Awesome Review for Why My Love Life Sucks!

"Great ball of fun with vampires wrapped up very nicely with a great cover and catching title. It is worth checking out, trust me." Thank you, Jenn Renee Read, for your review of Why My Love Life Sucks.

You are geeking awesome, you know that, right?

I'm so super psyched right now I could just scream...

You can read the rest of the review by clicking here.

Looking for Family Entertainment Deals in New York City? Check out These 11 Websites


A friend of mine from overseas will be coming to the New York City area with her family for summer vacation. We talked about it over Facetime (gotta love how Facetime can connect you with family and friends who are far away), and she told me her family wants to have a genuinely American experience. She mentioned seeing an auto race as an example.

She also said she wanted to see a Broadway show. Then we both said in unison, “But they're so expensive!”

And it’s true, they are.

But there are great deals out there if you know where to look.

For example, one year I bought tickets for the family to see Ovo by Cirque du Soleil, which is a great Cirque show. We sat only four rows from the stage, and the tickets only cost us $40 each.

Today I bought tickets for Rebounderz in Edison, New Jersey. This is an amazing indoor trampoline park that my family loves. Two tickets good for 90 minutes each were just $23. That’s $11.50 per person! Not bad.

So I compiled this list of places to look for good entertainment deals in the NYC area for my friend and her family, and I thought I’d share them here with you.

Here's a short list of websites you should check out if you looking for entertainment deals in the New York City area:

Groupon works with Expedia to bring you travel deals based on location. I bought those tickets to Rebounderz here, as well as movie tickets. It's best to subscribe a couple of months in advance, because you never know what you’re going to find.

Goldstar offers an eclectic list of events, some of them FREE, and many of them half or more off. Current examples are the Blue Man Group: Worldwide Theatre Sensation at Astor Place Theatre for $43.00-56.60 instead of $85.00 and Cirque du Soleil’s Totem for $37.00-$78.00 instead of $55.00-115.00. We've bought tickets to off-Broadway shows from Goldstar. You have to join the club to take advantage of offers, but it's free, so why wouldn't you?

Living Social deals are . . . interesting, and even more eclectic than Goldstar's. They're worth checking, though, because you never know what you're going to find: rock-climbing in Brooklyn for the kids or a pirate boat cruise for adults, who knows? It could be fun.

Did you know Amazon offers local deals? Well, now you do. There are deals for local services, activities, and products. For example, right now you can save 60% off a New York City ghost tour . . . if you dare. I wonder if my friend’s family would like that?

How does taking in a Broadway or off-Broadway show at a decent price sound?

Theater Mania also offers tickets to a nice selection of shows, on and off Broadway, at reduced prices.

Your Broadway Genius has discount tickets for Broadway and off-Broadway shows, too. The selection is small, but interesting. And I was surprised to see reduced tickets for The Ride: $50 instead of $69 (not including tips). I've always wanted to take The Ride, which is part bus tour and part musical-variety show. You sit facing the windows, while actors and entertainers perform on the sidewalks of New York City in front of your eyes. Now I’m even more tempted.

No matter what you're looking for, DealCatcher is a great place to check prices first. I usually go there to look for deals on products, but they offer activities too. I’d be particularly tempted by the Improv and comedy club offerings they have going now. (I love, love, love Improv and stand-up comedy.) DealCatcher catches deals from other websites, so if you find something you like, you might want to follow the link to the other site to see what else they have to offer.

SlickDeals is a lot like DealCatcher, but not all of their deals are the same. They're worth checking out too. And you might want to subscribe to both newsletters so that you can be aware of new deals before they're sold out.

And finally, one of my favorite travel deal aggregators, TravelZoo, also offers entertainment deals by area. Of course, their New York City entertainment deals include Broadway, off-Broadway, and so much more, including unusual tours of the city, sport events, and activities on the water. TravelZoo is also a good place to look for travel deals near and not so near New York City.

Oh, and I should include this one last website just for the locals . . .

I don't know if these exist around the country, but in this area, most communities have a Patch website with local information, such as news updates, classes, events, and much more. Here's a list of family events in the New York City area over the next few days, and most of them are free:

I hope this helps my friend make the most of her family trip, and I hope it helps you too.

This isn't a complete list by any means, so try searching on your own. And let me know what you find. I always love learning about great deals, particularly ones my family can enjoy close to home.

ADD ON: I realized after I wrote this that I completely forgot about AAA. If you have a membership--and you should if only for the roadside assistance should your car break down in the middle of nowhere for whatever reason--you're entitled to some great discounts at theme parks, restaurants, the movies, and lots more. Here's a link that should work if you can enter the site with your membership card: http://midatlantic.aaa.com/Store/Travel/AttractionandMovieTickets For example, Hersheypark tickets, which usually cost $58.80 are just $38.00 when preordered online and shipped to you (at no additional charge).
Posted by Shevi at 8:01 AM 2 comments

My first street fair as a vendor!

I'll be selling my books. I'm nervous and excited about it at the same time! 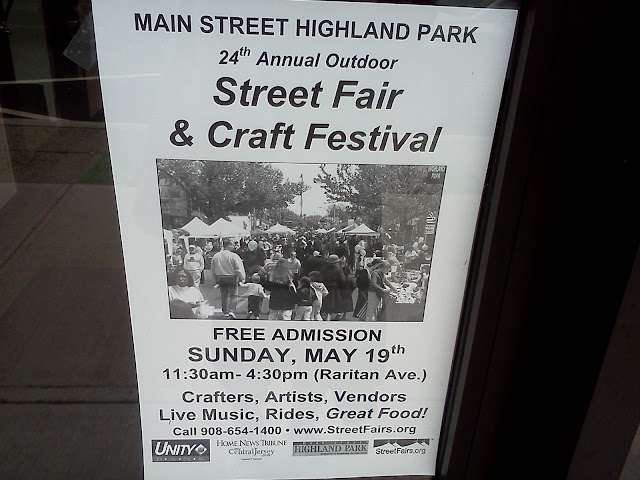 Geek love is the greatest love of all, because a geek loves something not because others think he should but despite others telling him he shouldn't. I am a geek, and when I love something I GEEKING love something.

Now when it comes to TV shows, most of my loves are pretty standard for geeks. I love Doctor Who, Warehouse 13,  and The Big Bang Theory. (I was even the first person to write a glowing review for The Big Bang Theory on Amazon, I love it so much.) But sometimes I love things that aren't as loved as they should be. So this is going to be my list of shows I think need to stay on the air or brought back from oblivion (yes, Firefly, Eureka, you too), and I'm starting with Smash.

The story of Smash is weak. What sells it are the awesome songs and performances that are a part of the musicals that are being produced in the story of the show. I'm going to show you two of my favorites here. It's songs like this that make me believe Smash deserves to stay on the air.

So if you like what you see, watch Smash on NBC on Saturday nights until the show ends, perhaps forever, and look up previous episodes on NBC.com.

I geeking love Smash. Weak story, but amazing songs and performances.
Posted by Shevi at 11:37 AM 0 comments

This is a picture I took on my cell phone today.It was so cold out. 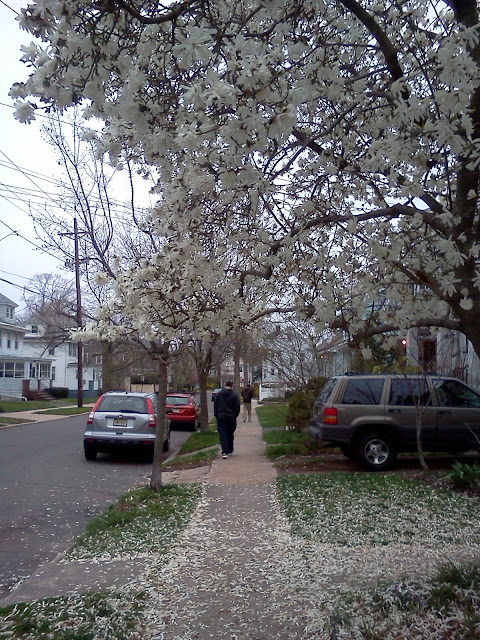 100 Tips for Writers by Shevi Arnold

Want to write fiction but don't know where to begin? Here's my first of four videos on 100 tips for writers. I hope you find it useful.

You can read all 100 tips and leave your questions or comments by clicking on the "100+ Tips" tab above.