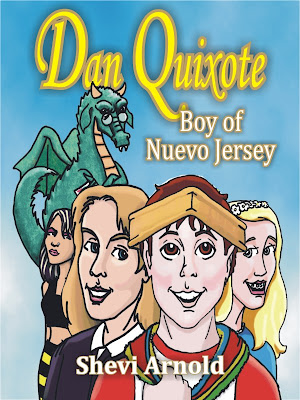 Thirteen-year-old Dan Tyler is the ultimate dreamer, and he needs his best friend Sandra Day Goldberg, an aspiring lawyer, to keep him grounded. But can their friendship survive a bully in the form of queen bee Jade, a mean teacher nicknamed the Dragon, Dan's budding romance with Gwen, and Sandy's desire to fit in despite having a best friend who does nothing but stick out?


Based on the classic humorous novel Don Quixote by Cervantes, Dan Quixote: Boy of Nuevo Jersey is a tale of self-esteem and friendship overcoming peer pressure and bullying, and it's a recommended addition to any middle-school, anti-bullying program.


Available in all e-book formats from most e-book sellers, including Amazon, for just $0.99! Also available in paperback. 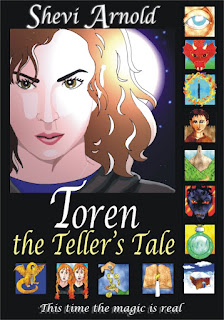 Have you ever been swept away by a story? If you have, you know the magic of the storyteller--and you know that magic is real. That is seventeen-year-old Toren's magic...but is she brave enough to accept the power that lies within her? When Toren returns home, her little sister, Noa, is full of questions. Noa demands to know why Toren wakes only at night; what causes her almost constant pain; and above all, why, after completing her apprenticeship, she has decided not to become a wizard. To answer, Toren weaves a tale about a journey that leads her to discover the greatest source of magic in her world--herself. It is a revelation that comes at a high price. Through her darkest years, Toren finds solace and strength in the stories she tells. But her greatest tale is not yet finished. Together with Noa, she sets out on a new adventure. And in the end, she must choose: will she continue to cling to her dream of an ordinary life, or will she dare to let her own magic shine? Toren the Teller's Tale is more than an inspirational fantasy. It is a philosophical tale about the enchantment of literature, because in Toren's parallel world there is no greater power than the magic of storytelling.

Reviewers are calling this book "mesmerizing" and say that after reading it "you will absolutely believe in magic."

Toren the Teller's Tale is available from most e-book sellers in one complete book for $5.99. It's also available in two parts. Buy Book One, Toren the Apprentice's Tale from Amazon for just $1.99 today!


RIDE OF YOUR LIFE 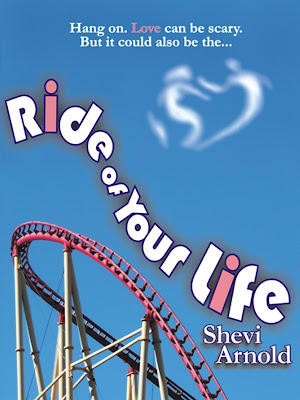 Seventeen-year-old Tracy Miller met the love of her life in an amusement park . . . thirty years after her own death.


Ride of Your Life is a romantic YA ghost story that was inspired by a true event, the Great Adventure Haunted Castle fire, which killed eight young people in 1984. It is a fantasy novel about undying love, and it won third-place in Smart Writer’s Write It Now (W.I.N.) contest in the YA category, which was judged by Alex Flinn, the author of Beastly and Cloaked.


Hang on. Love can be as terrifying as a roller coaster, but it can also be the ride of your life.


Available in all e-book formats from most e-book sellers, including Amazon, for just $4.99. Also available in paperback.

WHY MY LOVE LIFE SUCKS
THE LEGEND OF GILBERT THE FIXER 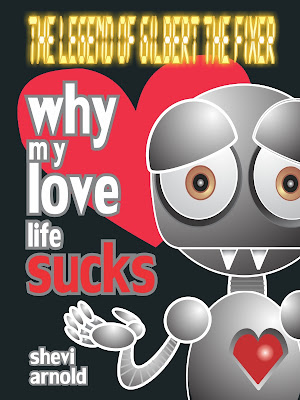 Seventeen-year-old super geek Gilbert Garfinkle knew the future was going to be perfect, because he was going to invent it himself. He had it all planned. But a funny thing happened on the way to the future . . . .


Amber is the most beautiful girl he’s ever met. He can’t understand why she asks to go home with him, asks him to sit next to her on his vintage Star Wars sheets, and starts kissing him. Now once bitten and twice terrified out of his brilliant mind, Gilbert lies alone in his room in the dark, paralyzed, and pondering the ultimate question: “Why me?”


Why My Love Life Sucks is a funny novel about geeks, girls, gadgets, vampires, and the start of a most unlikely friendship. It is the first book in the Legend of Gilbert the Fixer series, which will show once and for all that it takes the ultimate geek to be the ultimate hero.

Available in all e-book formats from most e-book sellers, including Amazon, for just $2.99. Also available in paperback.