Who Decides What We "Can't" Do? 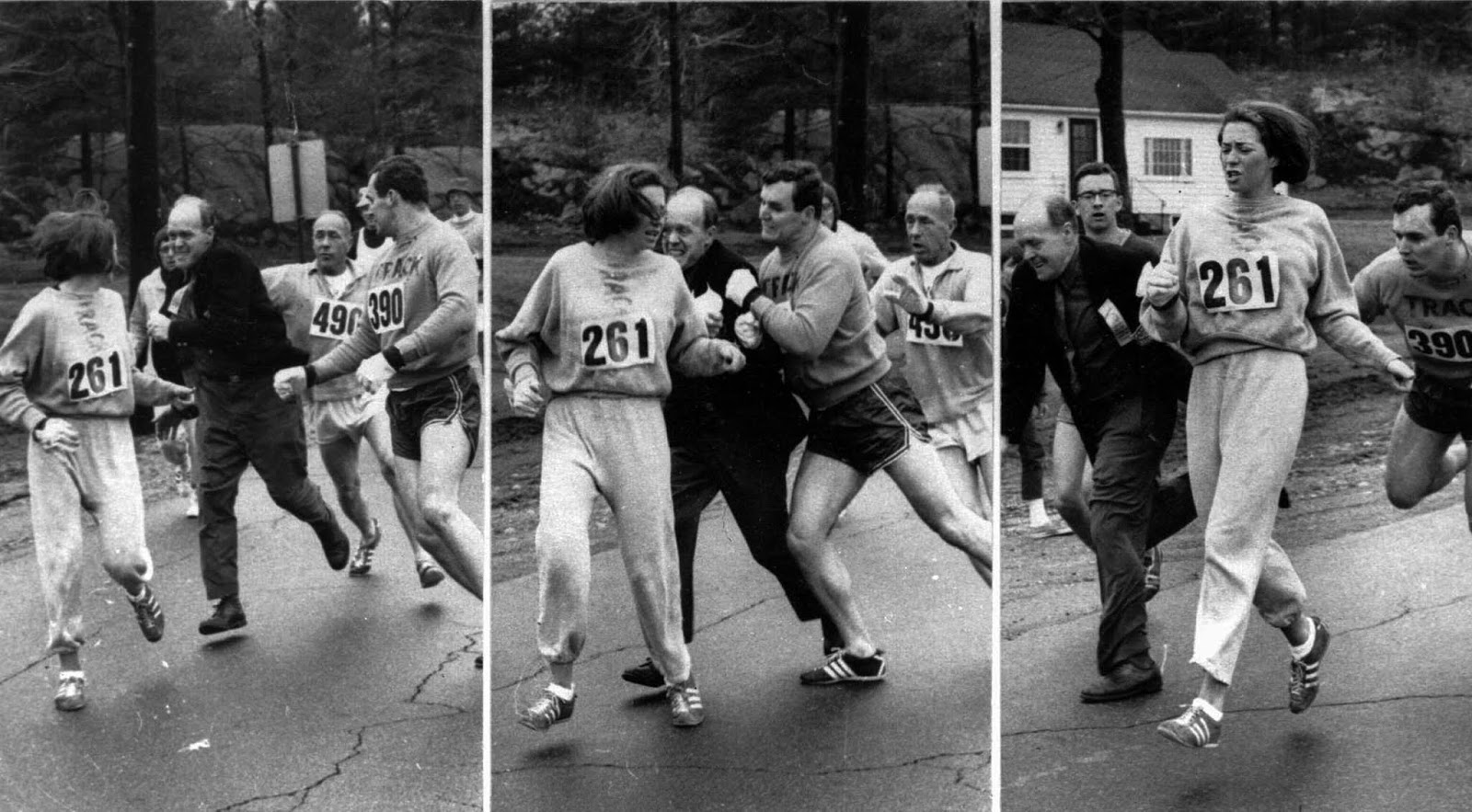 That's Katherine Switzer, the first woman to run in the Boston Marathon. She had to hide in the bushes near the starting line so no one would stop her before she even started, and when a race official noticed that a woman was running in the marathon, he physically assaulted her.
Katherine Switzer in this photo is every woman who was prevented from doing what she was fully capable of doing, because a man said she couldn't.
She's me when an agent implied (repeatedly) that he was ready to take me on as a client until he discovered I wasn't a man. She's every female author whose chances of publication went down 70% because her name was Katherine or Sarah or Joanne, instead of JK. Sadly, she's every woman at some point in her life.
Because it's not that a woman "can't." It's that there are men who believe it's their right to choose what women - and therefore girls and even boys - are allowed to do.
What makes matters worse is that too many women buy into this. Who says women can't be political leaders? Who says girls can't study engineering? Who says boys can't enjoy dancing? Who says there are "boy books" and "girl books," and boys aren't allowed to read "girl books?" Who says, and what gives them the right?
I think a lot of what we've seen since 2016 comes down to these men not wanting to give up the right to decide who gets to do what, a right they never deserved and never should have had. I hope things will change starting in 2021, because it has to.
It has to.
https://kathrineswitzer.com/2018/10/how-the-worst-moment-of-her-life-revolutionized-womens-running/
Posted by Shevi at 2:01 AM

This is amazing. Thanks for sharing. Also, check this out if you are looking for professional website or logo design services:

Hey, I read your blog. It's very helpful for me and such a very unique blog thanks for sharing it with us. If you want the best law assignment Help ​​then visit our site with a 7O% discount. I expect you will be satisfied with our service.